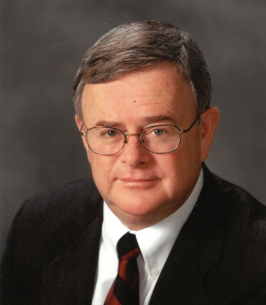 Ernest Bryant Whichard, Jr., age 75, formerly of Greensboro, North Carolina, died peacefully April 12, 2022, at his home at Lake James after suffering from several strokes over the past nine years.

A memorial service will be held at 2:00 p.m. Saturday, May 7 at First United Methodist Church in Marion, NC with Pastor Jim Hunter officiating.

Mr. Whichard was a hard worker and a generous man. He loved being with people and was dedicated to the well-being of his family and clients. He loved to travel the world with his family, and for many years had his private pilot’s license and enjoyed flying airplanes. He was an avid reader, loved to watch movies, and loved the NC mountains and Lake James where he retired.

Mr. Whichard was born April 25, 1946, to Cleo and Ernest Whichard, Sr., of Robersonville, NC. He graduated from the University of North Carolina at Chapel Hill with a degree in Economics and attended one year of law school at UNC Chapel Hill before being drafted into the US Army. He was an officer in the Army and received a Bronze Star for serving in Vietnam.

Mr. Whichard is survived by his wife of 52 years, Jane Reinhardt Whichard; two daughters and their husbands, Michelle and Mike Willoughby of Chapel Hill; and Sandy and Sean Farrow of Charlotte; four grandchildren, Bryant Willoughby, Alex Farrow, Claire Willoughby, and Will Farrow; sister Amanda Hamm and her husband Keith of Wilson, NC; brothers Jim Whichard of Hickory, NC, and Harvey Whichard and wife Ann of Charlotte, NC; and several nieces, nephews, and cousins.

With over 40 years of experience as an insurance agent and financial consultant, Mr. Whichard was a Chartered Life Underwriter since 1975, a Chartered Financial Consultant since 1982 and a Life-Member of the Million Dollar Round Table. Before retiring from Whichard Roach & Associates in 2016, he was a former Board Trustee of the National Association of Insurance and Financial Advisors (NAIFA), and Board Director for the American Society of Financial Service Professionals. He was a Charter Member of the Association of Health Insurance Advisors and was the 2008 recipient of the Richard M. Metcalfe Award with Asset Marketing Systems.